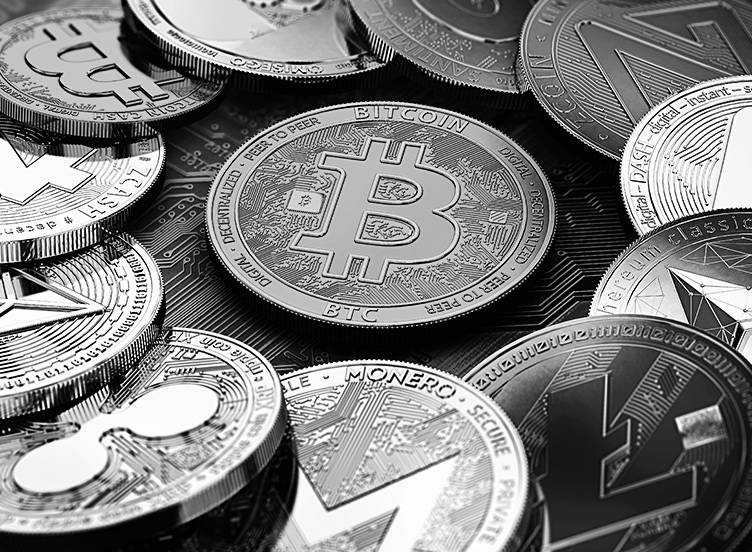 Whether you’re a believer or a sceptic of cryptocurrency (crypto) being a widely used and accepted form of currency in the future, cryptocurrency is here. Whether it’s ‘here to stay’ is a subject of debate which is leaving many people scratching their heads as to whether to shift their tangible currency into this intangible currency. The most notable crypto is Bitcoin and will be the focus of this article. The terms ‘crypto’ and ‘Bitcoin’ will be used interchangeably in this article.

“Okay, so exactly what is cryptocurrency?”

Crypto is an intangible currency used as a medium of exchange, which operates independently from a central bank or government. It utilises blockchain technology to create digital tokens from series of codes, which is public information to everybody.

The common theme we see is that simplicity and cryptocurrency are seemingly mutually exclusive terms. Layman himself would be scratching his head with explaining what exactly cryptocurrency is.

Like shares, the value of a Bitcoin fluctuates daily. Notorious for their volatile nature, Bitcoin emerged late December 2017 with a single Bitcoin reaching a value upwards of $27,000 (AUD). In perspective, in the beginning of November of that same year, it was worth $8,500 and today it is worth around $9,500.
Despite the name, the ATO does not consider crypto as a ‘currency’, instead seeing it as ‘property’ making it an asset for Capital Gains Tax (CGT) purposes. Though, staying consistent with shares and other investments, if you are trading with crypto and consistent income is being derived in the form of carrying on a business, its gains are considered ordinary income and not a capital gain.

Those that are familiar with shares will know that CGT is the tax paid on the difference between the selling price and the purchase price inclusive of fees. Gains on Bitcoin are no different, with tax paid on these gains at the appropriate marginal tax rate. Like shares, Bitcoin capital gains are also eligible for the 50% discount if held for longer than a year and can make capital losses to be offset against other capital gains.

The above paragraph does not do justice to the complexity of Bitcoin issues that are currently circulating. For one, investors are not completely aware of taxing points. If you trade one crypto for another, a capital gains event is triggered and has to be reported on the tax return for that particular financial year. Where this creates issues is it gives investors a tangible tax bill for their intangible property. A simple example would be buying one of these digital tokens (let’s call it MomentaCoin) for $5 (AUD). It then rises in value to $10 and you trade this MomentaCoin for a different crypto (let’s call it AdvisorCoin). You now hold $10 in AdvisorCoin and have made no actual money from the transaction. The ATO sees differently though and will enforce you to lodge a capital gain of $5 (AUD), being the difference between the purchase price of the MomentaCoin and the selling price. The investor made no tangible currency and yet is expected to pay tax on its gain. And in a cruel irony, no the ATO does not support Bitcoin as payment…

To further complicate matters, the gain you make on Bitcoin may be completely tax-free if it is deemed a ‘personal-use asset’. To be classified a personal-use asset, the following must be satisfied:

Though the ATO may be satisfied that your intent was originally for personal-use, they may rule that its intent changed over the course of its ownership. This means that even if you genuinely bought the bitcoin originally for the purchase of personal-use items, the ATO may rule that this intent shifted to be held as an investment and will enforce capital gains tax to be paid. The longer the period of time that the Bitcoin is held, the less likely it is that it will be a personal use asset. Although the number of companies accepting Bitcoin seems to be expanding, it is still very limited and so, convincing the ATO that the Bitcoin was purchased as a personal-use asset may prove difficult.

Whether you’re already on board with crypto or wanting to invest out of FOMO (fear of missing out), it’s crucial that you have a complete and competent understanding of the tax implications imposed by the ATO. As the ATO data-matching system becomes more sophisticated with every year that goes by, it is without doubt that they are monitoring Bitcoin and working to ensure that any tax that is payable to them will be captured.

Subscribe to the Momenta Matters newsletter for the latest news and updates.